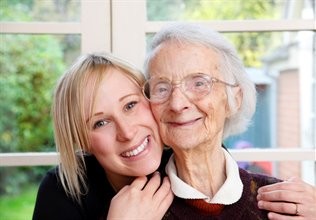 Hearing loss isn’t just an inconvenience. It can be harmful to your brain too.

Seniors with hearing loss are at a higher risk for developing dementia over time than those with normal hearing. It is common knowledge that the brain becomes smaller with age, however, the shrinkage happens more quickly in older adults with hearing loss, according to the results of a study by researchers from Johns Hopkins and the National Institute on Aging. These findings add to a growing list of health consequences associated with hearing loss, including increased risk of dementia, falls, hospitalizations, and poor physical and mental health.

“The general perception is that hearing loss is a relatively inconsequential part of aging, “says Frank Lin, M.D., an otologist and epidemiologist at Johns Hopkins University, “but recent findings suggest that it may play a much more important role in brain health than we’ve previously thought. “

The structures responsible for sound and speech are affected in those with hearing loss because that region of the brain could become atrophied from lack of stimulation. Lin also explained that these structures don’t work in isolation, and their responsibilities do not end at sorting out sounds and language. The gyri of the brain also play roles in memory and sensory integration and have been shown to be involved in the early stages of dementia and Alzheimer’s disease.

The study also gives some urgency to treat hearing loss rather than ignoring it. If hearing loss is potentially contributing to these differences, you want to treat it before the brain structural changes take place.