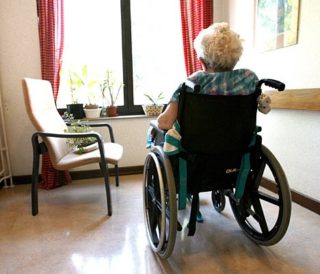 An untreated hearing loss has serious emotional and social consequences for older people, according to a major new study by The National Council on the Aging (NCOA). The study was conducted by the Seniors Research Group, an alliance between NCOA and Market Strategies, Inc.

“This study debunks the myth that untreated hearing loss in older persons is a harmless condition,” said James Firman, EdD, President, and CEO of The National Council on the Aging. The survey of 2,300 hearing impaired adults age 50 and older found that those with untreated hearing loss were more likely to report depression, anxiety, and paranoia and were less likely to participate in organized social activities, compared to those who wear hearing aids.

The survey found that significantly more of the seniors with an untreated hearing loss (those who do not wear hearing aids) reported feelings of sadness or depression that lasted two or more weeks during the previous years. Among respondents with a more severe hearing loss, 30 percent of non-users of hearing aids reported these sad feelings, compared to 22 percent of hearing aid users.

Another measure of emotional distress is the perception that “other people get angry at me for no reason,” which psychologists often identify as an indicator of paranoia.

Older non-users were more likely to agree with the statement “people get angry with me usually for no reason” (14 percent of users vs. 23 percent of non-users). Among those with a more severe hearing loss, the difference was even greater—14 percent for users vs. 36 percent for non-users.

Because social isolation is a serious problem for some older people, the study also examined social behavior and found that people who don’t use hearing aids are considerably less likely to participate in social activities. Among respondents with a more severe hearing loss, 42 percent of hearing aid users participate regularly in social activities compared to just 32 percent of non-users.

Carolyn Holmes, Ph.D., of the Seniors Research Group, said, “This survey is groundbreaking not only in the large size of the sample but also in the inclusion of 2,090 close family members or friends of the hearing- impaired respondents who were asked a parallel set of questions.”

Hearing aid users reported significant improvements in many areas of their lives, ranging from their relationships at home and a sense of independence to their social life and their sex life. In virtually every dimension measured, the families of hearing aid users also noted the improvements but were even more likely than the users to report improvements.

Barriers to Hearing Aid Use

Why are there so many older people with hearing impairment who do not use hearing aids? More than two-thirds of the older, non-user respondents said “my hearing is not bad enough” or “I can get along without one.” About one-half of the non-users cited the cost of hearing aids. And one-in-five offered the explanation that “it would make me feel old,” or “I’m too embarrassed to wear one.”

“It is very sad that millions of older people are letting denial or vanity get in the way of treatments that can significantly improve the quality of their lives,” said Dr. Firman, who is hearing impaired himself. “Doctors and family members should insist that hearing impaired seniors seek appropriate treatment.”

This study was supported by an unrestricted grant from the Hearing Industries Association. NCOA plans to make the survey data-set available in a few months to other researchers throughout the world. A text summarizing the study in greater detail is on NCOA’s Web site at www.ncoa.org.

The National Council on the Aging is a private, non-profit research, education, and advocacy organization dedicated to promoting the well-being, dignity, and self-determination of older people. Founded in 1950, NCOA has helped to create the Meals on Wheels, Foster Grandparents, and many other innovative programs for seniors. Members include professionals and service providers in the field of aging, government agencies, consumer groups, faith congregations, businesses, and labor groups.